CompliKATed has been launched on Steam 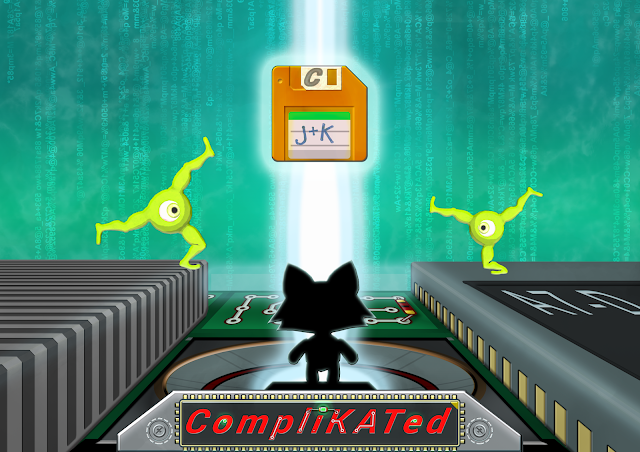 Our team had a rough few weeks lately - we have officially launched CompliKATed on Steam on 4th of October 2017 (http://store.steampowered.com/app/646460/CompliKATed/).
To all the indie developers out there, developing and debugging a game that is not launched is piece of cake. While the game is out there, the REAL fun begins. While CompliKATed is not our first game, but our only launched game, we have learnt a lot of stuffs - and some of them, dare I say, the hard way. With this in mind, I would like to post a few tips for all the indie developers out there.

Talk about it right away

Every indie developer should start to make the game known as soon as the idea hits them and they decide to go for it. First of, try to decide on the name as soon as possible so you can reserve the website, the Facebook page, Twitter page, YouTube Channel and any other platform you wish to promote your game on.

After all these are reserved, try to come up with a placeholder logo and cover photo so you can upload them. It doesn't have to be perfect, it can be a sketch made very fast, or just the name written big in the middle of the picture. Anything that you can think of and it doesn't require more than few hours to make. You need something visual and yet simple, to clearly show its a placeholder, for people to start to learn who you are. Once you have 2-3 pictures, start to make your presence known. Join other indie developer groups both on Facebook and Twitter. Check what other people are asking and maybe you can help them out with an answer. Don't start to advertise your game right away, especially since it's just an idea at this phase.

Start small, join conversations only where you have relevant answers and don't spam either - posting once a day or once every couple days is more than enough. This gives you enough time to work on your game, so don't slack!

There are some times where you really have to post something important such as every Wednesday night you have to use #indiedevhour and post an update or a question for all the other developers out there. Sometimes you will get an answer, sometimes you will get a retweet, other times just a like. But every little bit helps, so don't get disappointed and keep going.
Even if you have a simple sketch of your character, post it and try to engage your community to give their feedback.

If this is the first game you work at, it might be a bit difficult but not impossible. Try to anticipate your next steps and prepare for them in advance. If you are now working on the character movement and this is an action game, the next thing you might need is an animation where the character hits or walks or jumps. While you or maybe someone else of your team is still programming the movement, have someone else work for the animation or maybe the graphics needed for the hit impact. If you are the only member of your team, try to make lists and do not lose your calm (you will need it for the times ahead).

Make the list and try to prioritize the tasks and try to also keep onto them. Of course, if you encounter a major bug which prevents the game from even starting, you will drop everything you do to fix that :)

Don't make it too big too soon

When developing your own game, all those unfulfilled wishes will hit you all at once and you will want your character to be able to triple jump while performing an attack. Start small. Teach him to jump and to attack and then ask yourself if that triple jump will really make a difference for your game, if the players will actually find it useful or it's just you who would have liked it. Try to always analize from the point of view of a player, which is not you. You are not the player anymore.

The players are everyone around you and your game will have to please them. It's no point to make a game that you would play non-stop but nobody else buys it. Your goal is to please both players and your inner self. Try to find a compromise. Of course, that doesn't mean to give up all your crazy wishes ... That is why you are a game developer in the first place! You have to make those crazy wishes happen ... in a controlled manner :)

And this is about it so far, these is some the stuff we've been through, apart from the general issue that everyone talks about such as: exhaustion, lack of resources or funds etc.
Labels: game indie indiedev indiegame puzzle puzzlegame steam